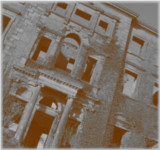 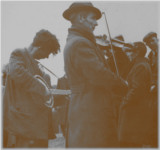 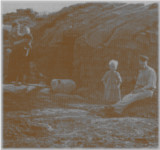 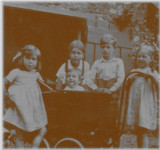 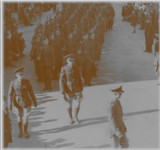 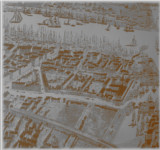 Two sources provide significant information regarding land and property, and its valuation, in 19th century Ireland.

Griffith’s Primary Valuation originally entitled ‘General Valuation of Rateable Property in Ireland’ was the last of three valuations attempting to establish an equitable system of land and building taxation throughout the country. Undertaken by Richard Griffith, it took over fifteen years to complete (published 1848-1864) and was used as a basis for levying a local system of taxation under the Irish Poor Law Act, 1838. It was carried out under the auspices of ‘The Tenement Valuation Act of 1852’ and remained in effect in the Republic of Ireland for 130 years.

Carried out in the aftermath of the famine, the valuation replaced two earlier taxes, the ‘cess tax’ and the ‘tithe tax’ (see below). In order to assess the value of the property every farm/occupied premises in the country was visited. A value was allocated to the property, including the land held within the holding (the value of the land was based upon its quality, purpose, and average annual yield).

Each year following the initial valuation, a ‘revised’ valuation was made. This was carried out by surveyors from the Valuation Office. The revisions were noted and kept in books known as ‘Revision Books’ or ‘Cancelled Books’. These books are currently stored in the Valuation Office in Dublin and on payment of a ‘search fee’, it is possible to trace occupancy of premises and land listed in Griffith’s Valuation forward in time up until the abolition of domestic rates in the late 1970s. It is therefore possible to use the original valuation, in tandem with the ‘revision books/cancelled books’, to track families and deduce relationships. Due to the lack of 19th century census records in Ireland as a result of their destruction in 1922 during the civil war, Griffith’s Valuation has become one of the most useful sources of genealogical information.

It should be noted however, that the valuation did not record ‘every’ head of the family in the country. The survey overlooked any person or persons dwelling in a property recorded as occupied by their employer. Thus, in rural areas especially, many ‘landless labourers’ and ‘estate workers’ do not feature in the survey.

A ‘tithe’ was a tax (established by the Composition Act of 1823) equivalent to ten percent in kind of agricultural produce of a rural piece of land collected for the upkeep the Church of Ireland clergy. It was to be paid by every person (landlord or tenant) regardless of religion. In order to establish who should pay and how much they should pay, a countrywide survey was compiled (by civil parish) from c. 1823-1838. The resultant survey records are referred to as the ‘Tithe Applotment Books’ (TAB's) and they form a valuable source of genealogical information from this period.

Whilst the basis of the tax was on the size and quality of the land held, some exemptions were made, a situation which further compounding its already exploitative foundation. In some counties, the tax was payable on potato patches but not on grassland, with the result that the poorest had to pay most[1].

Unsurprisingly, imposition of such a tax caused widespread unrest, particularly amongst the poorest tenant farmers most of whom were Roman Catholic (RC). The unrest developed into what is colloquially knows as the ‘tithe wars’, with the result that in 1838 the tax was abolished.

In consequence of the widespread opposition to payment of this tax, a list of names was compiled of those who actively refused to pay. These people were known as ‘Tithe Defaulter’s’ and the list remains another useful source of information for this period of 19th century family history.